The runners up are the Algerian forward Islam Slimani (Monaco) and the Moroccan defender Yunis Abdelhamid (Stade Rennais). 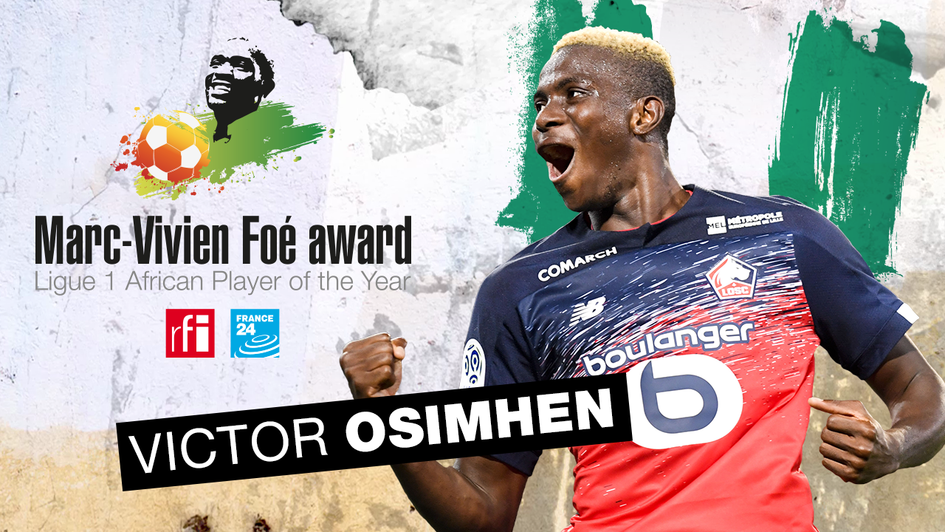 Victor Osimhen was chosen by a jury of sport journalists specializing in French and African Football. He was included in a list of 11 players drafted by RFI’s and France 24’s sports services. They had at heart to highlights this year’s season, which had been full of astonishing performances by African players, before being stopped on March 13 because of the coronavirus crisis.

This edition of the Marc-Vivien Foé Prize celebrates football, while supporters are temporarily unable to watch or attend games, and the achievements of African players in Ligue 1, some of whom could change championship at the end of the season.

About Victor Osimhen: Osimhen arrived in Ligue 1 in 2019 to replace Nicolas Pépé who left for Arsenal F.C. He quickly became one of the biggest scorers of the French championship. With 13 goals and 4 assists in 27 games, the Nigerian is amongst the best players of Ligue 1. At 21, the forward, trained in Lagos, has already played in Germany (VfL Wolfsburg), Belgium (Charleroi) and is now a player of choice in Christophe Galtier’s team. Osimhen is the fifth Lille player awarded best African player in Ligue 1 after Gervinho (2010, 2011), Vincent Enyeama (2014), Sofiane Boufal (2016) and Nicolas Pépé (2019).

Since 2011, the best African player in Ligue 1 trophy is named after Marc-Vivien Foé, to honour the Cameroonian player who tragically passed during a game at the Gerland stadium in Lyon on June 26 2003.

Also in this section